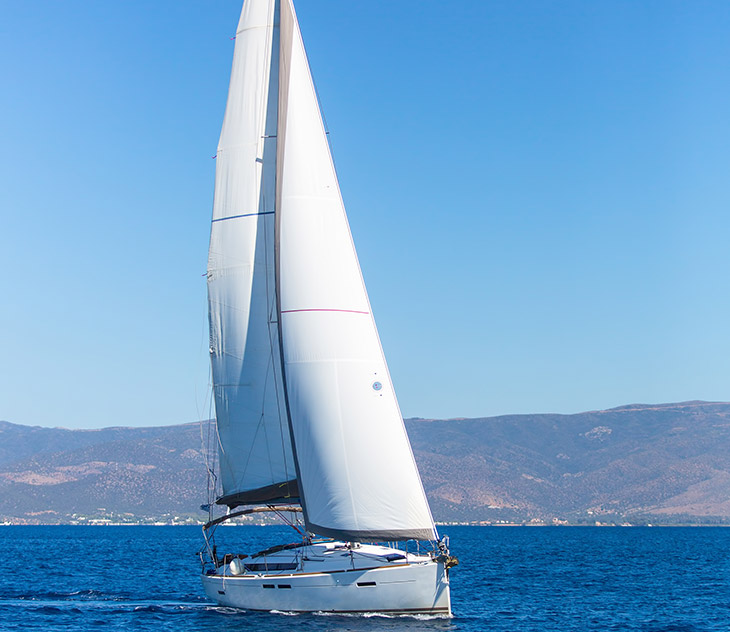 Fly to Bodrum at the Best Prices

Bodrum district of Muğla, located in the western part of Turkey, is one of the most important destinations on the world in terms of tourism and history...

1- Take a picture on the Castle of Bodrum

3- Have a night out in Gümbet

The peninsula, historically known as “Halicarnassus”, was home to various civilizations which crosses the lands of Anatolia throughout history. Bodrum is known to be established by the Dorian civilization, was later ruled by Carians and Leleges. Halicarnassus witnessed its golden era during the rule of the Carians, and was later home to Persian, Hellenic, Roman, Byzantine and Ottoman civilizations. Although differing views are suggested by different sources, Bodrum is believed to be a human settlement for at least 3000 years, according to many historians. Since the area is located at the intersection of the Anatolian soil with the European civilizations, Bodrum was strategically important throughout history. Particularly the civilizations which sought complete hegemony of the Mediterranean region tried to occupy and control Bodrum for centuries.

World-known historian Herodotus, the first female Admiral Artemisia I,  the sculptor of the Mausoleum at Halicarnassus Leochares and many other legendary names were born and lived on the soils of Bodrum.

The Castle of Bodrum, built by the Christian knights (knights of Saint Jean) around 1400 is the most monumental structure in the region. Halicarnassus was ruled by the knights of Rhodes during the era when the Anatolian lands first came under Ottoman reign, and was conquered by the Ottomans in 1522. The city was renamed as Bodrum after the declaration of the Republic, and in the 20th century, it was turned into a global center of summer tourism and entertainment.

Bodrum has very well preserved its historical heritage, and offers various options to visitors to spend good time and experience the fascinating atmosphere of history.

Castle of Bodrum: Easily recognized on the port of the city with its grandeur, the Castle is one of the first destinations to be visited in the area. The structure, originally named as “St. Pater Castle” was built by the Knights of Rhodes in the 15th century. Located on the “Zephyria” area, which was originally island but has been turned into a peninsula in time, has 5 towers. The tallest of these towers is the “French Tower” which has a height of 47,5 meters. The walls of the castle is embellished with various figures and crosses. Home to unique view of the Aegean Sea as well as a rich historical texture, the Castle is one of the most popular destinations in the area.

Bodrum Underwater Archeology Museum: Bodrum Castle is also home to the Underwater Archeology Museum, one of the few underwater museums on the world. The Museum was awarded by the European Museum Forum in 1995, and it uses the whole Castle as an exhibition area. Many sunken wrecks and historical works found in the area are displayed at various locations inside the castle. The museum is one of the must-see destinations, and it is open every day of the week, except for Mondays.

Ancient Theater: Ancient Theater of Halicarnassus, one of the oldest theaters in the world, is one of the sites you must see during your visit. Founded on the skirts of the Göktepe Mountain, right near the city center of Bodrum, currently hosts various cultural events organized by the Municipality of Bodrum.

The extraordinarily beautiful bays are without doubt the first thing to come to mind when one talks about the peninsula of Bodrum. The bays along the coasts are holiday destinations for many, and home to many authentic natural beauties.

Bitez Bay: With its peaceful and calm waters, Bitez Bay is one of the favorite locations of visitors. You can have a lunch at one of the restaurants along the bay, and then enjoy the clean waters of Bitez.

Yalıkavak: Yalıkavak, which is famous for abundance of fish and its windmills, is one of the areas that best reflect the natural treasure of Bodrum. It might be a smart choice to spare some time off your trip for a visit to Yalıkavak.

Ortakent Yahşi Beach: Ortakent-Yahşi area, which is one of the relatively peaceful areas of Bodrum, has become one of the popular destinations of tourists recently. Its clean waters and its tranquility makes Ortakent-Yahşi one of the must-see locations for those who are looking for a peaceful holiday.

Bodrum, with its historical texture, its natural beauties and its tranquility, has inspired many artists throughout history. The region still hosts various cultural events held by Bodrum Municipality as well as other organizations. Particularly the Ancient Theater, which is one of the oldest theaters in the world, hosts various musicians during summer. Numerous entertainment centers and night clubs in Bodrum also welcome visitors with various events during the season.

Besides these cultural and artistic events, Bodrum is covered with whitewashed houses, which make the city a work of art by itself. The white houses of Bodrum, with their construction resembling details from a painting, make you feel peaceful every time you look around.

Halicarnassus continues to inspire artists in music and literature since long time ago. Poet Cevat Şakir, who was in love with Bodrum, describes the impact of the city on people in his poem titled “Bodrum Poem”:

When you reach the top of the slope, you will see Bodrum,

Don’t be fooled to think you will be leaving soon,

Those who came before you thought so, too,

But they went away, leaving their minds in Bodrum.

Local delicacies of the Aegean region as well as the rich examples of world cuisine are waiting to respond to the needs of the visitors in Bodrum. You can enjoy the delicious dishes made with olive oil, which is authentic to the area and one of the first products to come to mind in the Aegean Region. However, seafood comprises a considerable part of the Bodrum cuisine. Dozens of recipes made of rich species of fish from the Aegean waters can be taste at fish restaurants across the city.

Bitez is one of the richest areas in terms of food and drink. Çökertme Kebab, which offers perfect harmony of potato and meat in the company of rice and salad, is one of the prominent delicacies of the area.

Traces of the Greek kitchen can also be observed in Bodrum. You can visit the Greek restaurants in the area to try various Greek dishes. After the food and beverage time, you can complement your meal with authentic Bodrum Tangerine to fully enjoy your experience in the city.

In addition to being an attraction for tourists, Bodrum also offers numerous options to visitors when it comes to shopping. You can find all authentic products of the region at shops addressing local and foreign tourists across the city. Particularly the streets at the city center, near the marina, resembles a large outdoor market. Stores of global brands as well as shops selling souvenirs which reflect the history and culture of Bodrum address all sectors of the society. You can see the trinkets, magnets and other souvenirs inspired of white houses, the symbol of Bodrum, and buy yourself a souvenir or tiny gifts to your friends and family.

Bodrum Market at the city center is one of the favorite destinations of tourists. You can visit the stores displaying leather bags and accessories and see the products that suit your taste.

Another popular place for shoppers in Bodrum is the Oasis Shopping Mall. Located at the city center, Oasis hosts various brands as well as numerous facilities for entertainment and cultural events. The mall hosts various concerts and events throughout the year and offers various products for every budget and every need. Midtown, Avenue and Palmarina shopping malls are the newer luxury shopping malls that have been opened in Bodrum after Oasis.

In addition to clothes and souvenirs, authentic food and beverages are also an important part of shopping in Bodrum. The market place at the city center which opens every Friday is popular among tourists as a place where Bodrum tangerines, authentic olive species and olive oils of Aegean region and local fruits and vegetables are available as fresh.

Halicarnassus hosts numerous events and festivals throughout the year since it is a gathering point for people all around the world and bears the cultural traces of various civilizations. You may want to check out the festivals and events on the dates of your trip to witness the mingling of different cultures and unforgettable moments.

Bodrum Ancient Theater Concerts: Bodrum Ancient Theater Concerts, which is organized by Bodrum Municipality and various organizations, offers a musical feast to visitors every summer. Be advised to book your tickets in advance if you want to join the concerts, featuring numerous local and international artists. This is because these events are highly popular in the region.

Bodrum may be the location offering the widest accommodation options in Turkey. Flooded by millions of tourist from all around the world every year, the region offers various accommodation services to respond to the needs created by this traffic. Gümbet, Bitez, Ortakent and Yalıkavak, which are the most popular areas in Bodrum, has many hotels, hostels and holiday resorts for accommodation. There are other hotels and hostels for different budgets and needs, at the city center, along the coast or in the hinterland. Globally famous hotel chains as well as boutique hostels for low-budget travelers offer services to tourists planning a trip to the area.

Gümbet is often preferred by those whose holiday is rather focused on nightlife and entertainment. One of the most populous areas in Bodrum, Gümbet offers various options for hotels and holiday resorts for different budgets. You can choose from “all-inclusive” hotels or other businesses offering accommodation as half-pension or apartment rooms. You can also prefer Bitez or Ortakent if you are looking for a calmer and more peaceful time during your stay. Facilities along the coast in both of these areas offer services to guests with the peaceful atmosphere of Bodrum.

There are also camping areas at various locations for those who want to have a holiday inside the nature. Camping sites, where you can set up a tent or park your caravan, are available both in Gümbet and in Güvercinlik, which is located far away from the helter-skelter of the city.